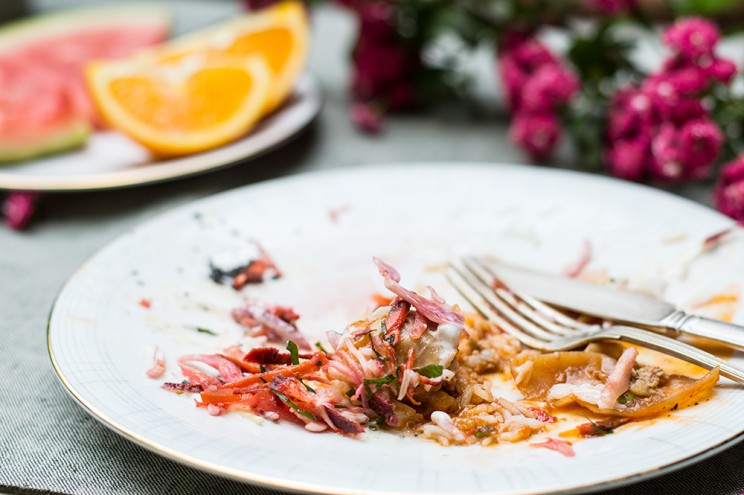 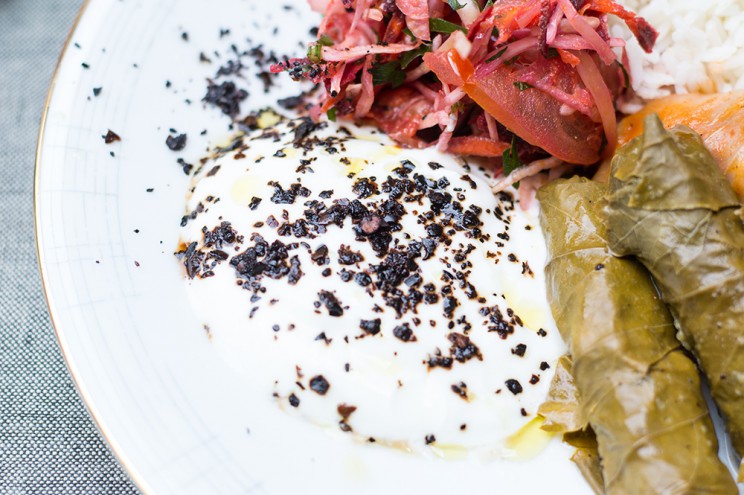 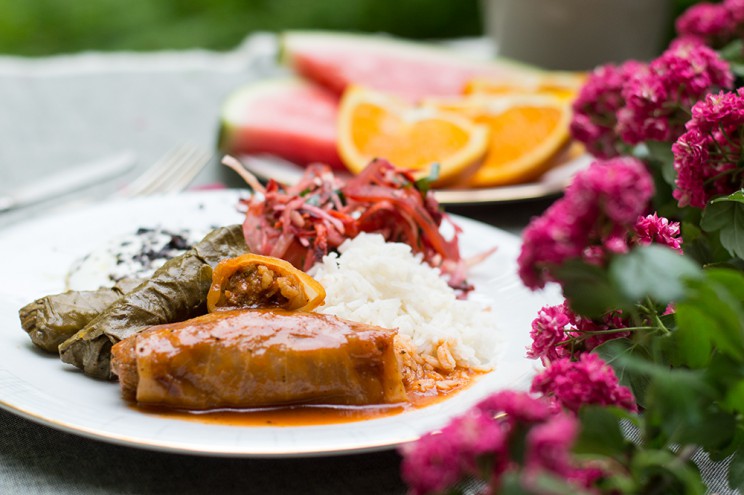 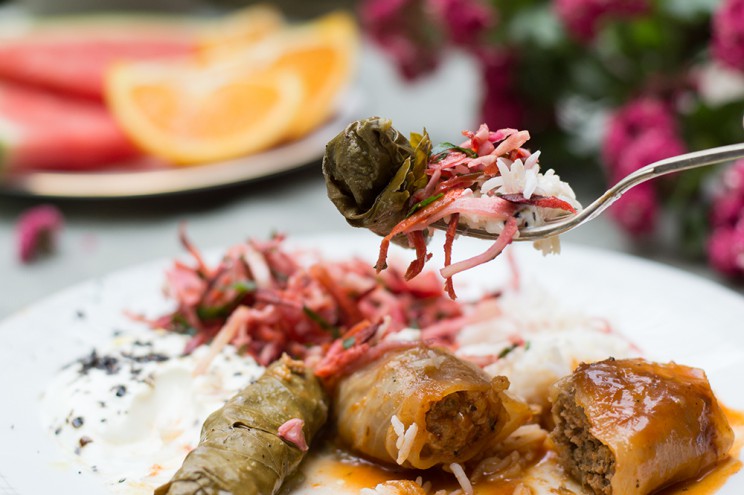 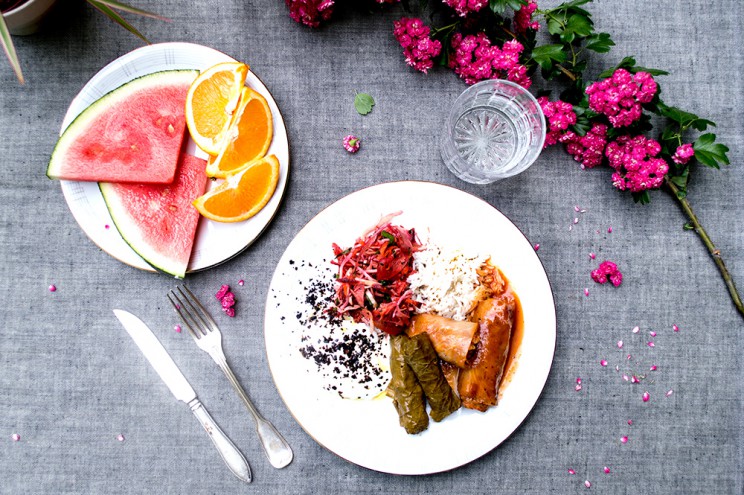 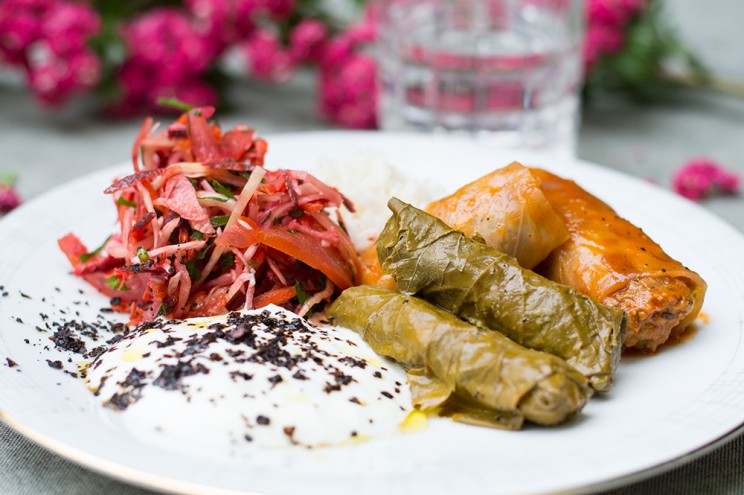 a bit of round grain rice

Water for boiling, a couple of bay leafs, salt to taste ( not too much since the mix is salty, taste the water after 15min and then ad extra salt if needed)

Mix all ingredients in a bowl. Then shape the dolma. Its a bit like rolling a burrito, but it is closed at both ends. For the white cabbage ones only close it on one side, that being the fatter part of the leaf. Cook 40 min in just enough water to cover, until rice ready and leafs are tender. Serve hot with garlic yoghurt, rice and a raw vegetable slaw!