I work as a Fashion Consultant / Designer when not photographing food and in June I was in Paris for Fashion week with one swedish menswear Brand I am working for. So this Showroom was run by Japanese people and everyday at Lunch time they ordered Bento Boxes for everyone who wanted one. And after this I had a Bentobox obsession for several weeks which went so far that my boyfriend bought be a Bento-Box Tupperware Box as a gift. Because I was experimenting with all kinds of little japanese Veggies and sauces to put into a Bento Box. So Albin and me created together our favourite little fast dishes and put them in a bowl ( as it looks prettier in the bowl than in my plastic tupperware haha ) and called it Bento Bowl.

And it`s perfect to take outside because you can eat it cold.

Of course you can also just eat one or two of them with rice or without rice or just pick whatever you like. 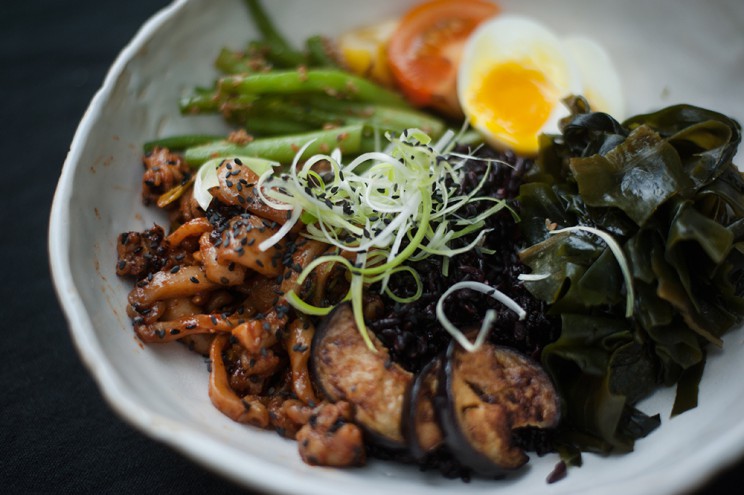 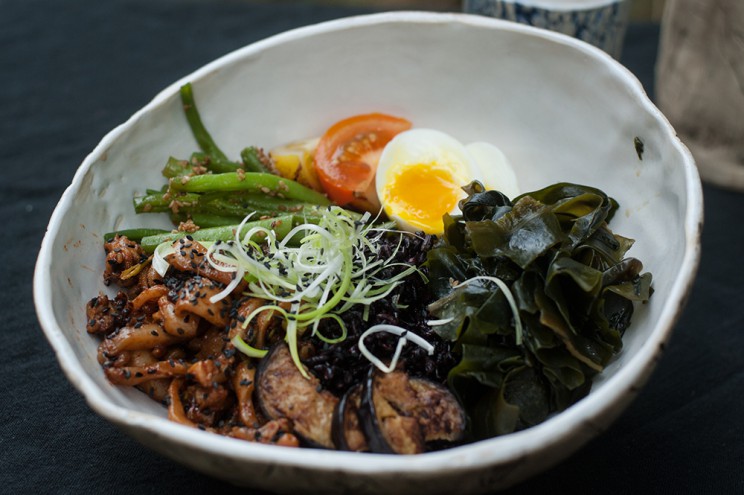 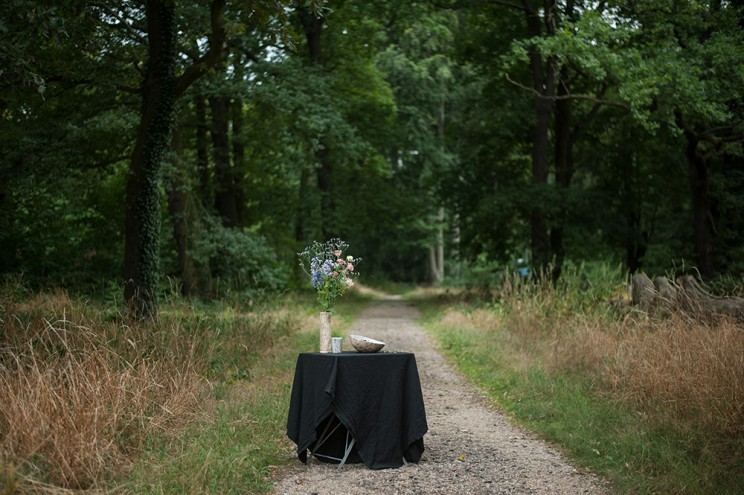 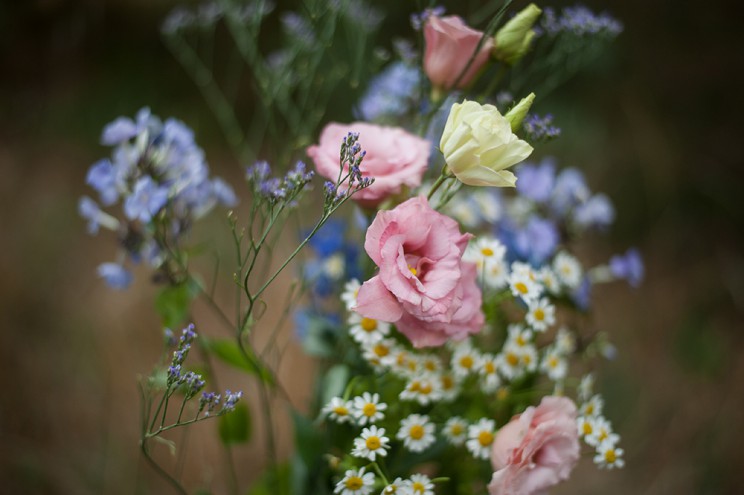 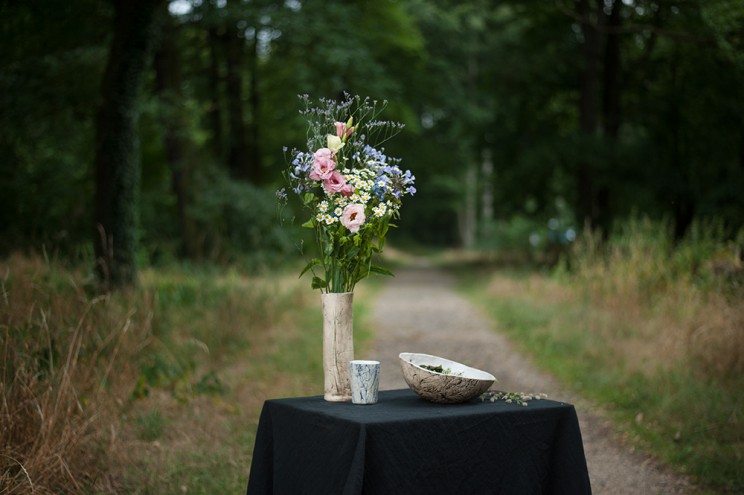 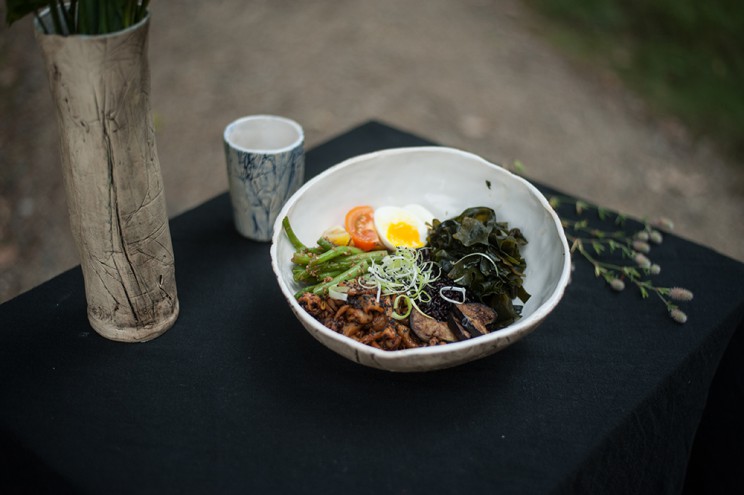 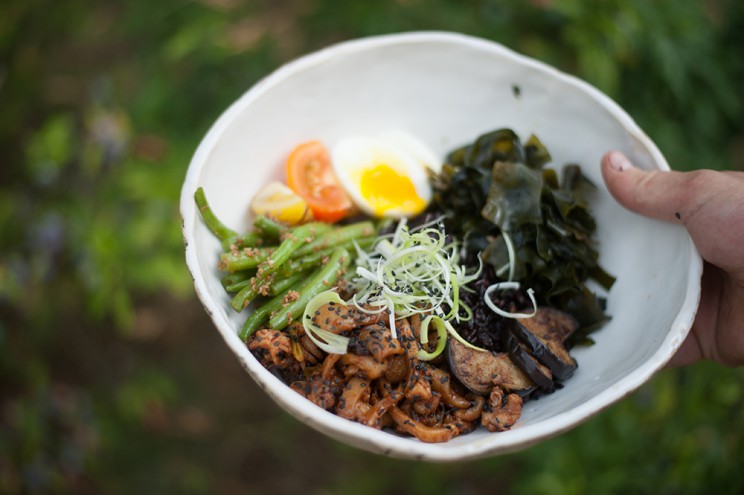 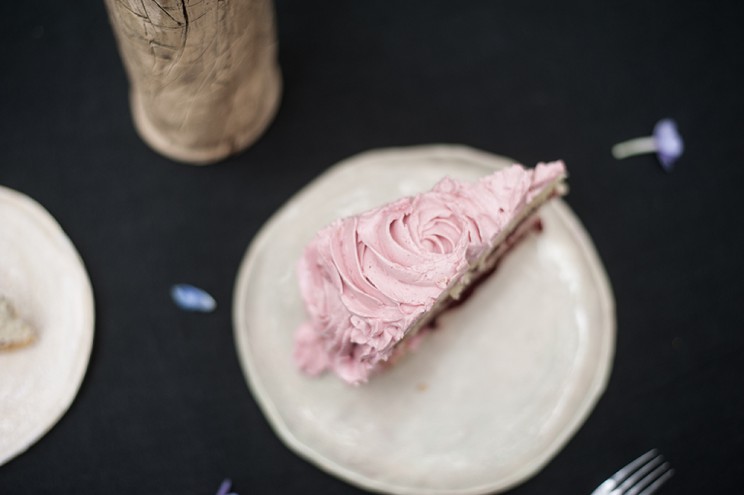 Boil the beans for a few minutes till they are soft but not too soft. In german we would say “knackig”. Pour the water aside and let the cool a bit.

While they are cooking roast about 2 Tablespoons of sesame seeds in a ht pan till they start to become brown. Than put them into a Mörser and squash them. Ad about 3 Tbsp of soy sauce , 1 Tbsp sesame oil, a little sugar and miri and mix it. Depending on how many beans you have you need more or less and if the soy sauce is not the salty one you might need to ad some extra salt to the beans in the end. Mix all together and try it.Its basically like a japan inspired green bean salad.

Cut the eggplant in 2-3 cm big pieces and the thin end in about 1 cm thick slices. Heat some Oil in a pot and put the eggplant in there to fry. They usually soak up the oil within seconds so while they are frying you mix some water with miso paste maybe 1/3 of a glass full. and pour over. Let it cook a few minutes. Ad some soy sauce and Sugar eventually some more water and miso paste … till you have the taste and connsistency you like.