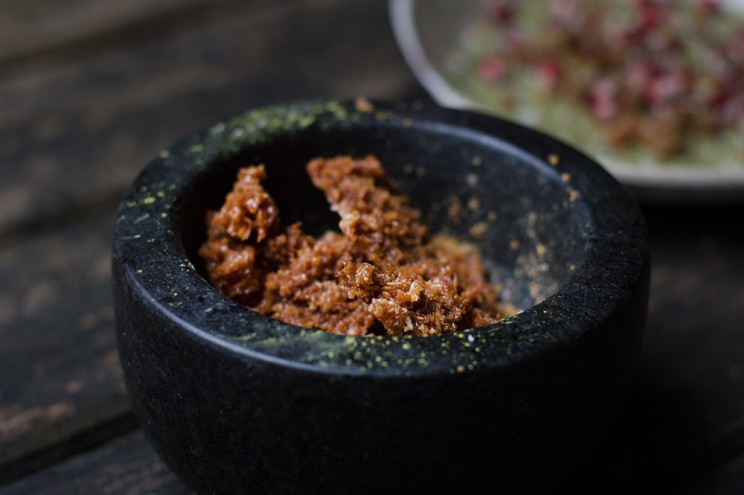 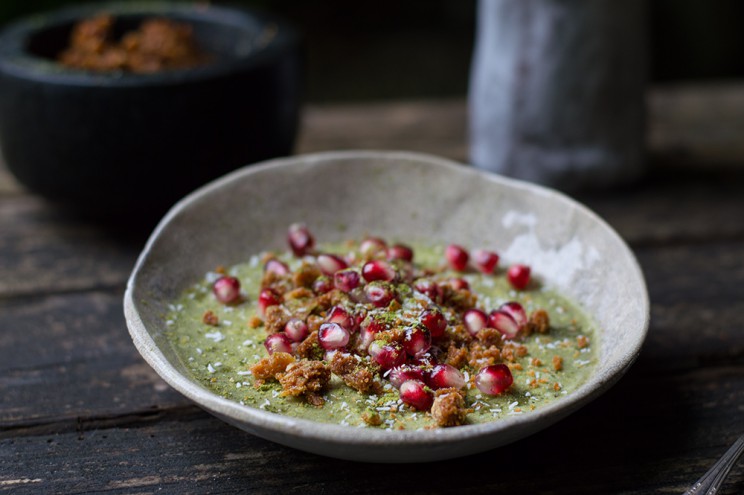 It`s been a while since our last blogpost because we have been busy with other things. This one will be our last matcha post, as i already told you i got  some Matcha Powder as a gift and so we were experimenting with it. And than we had the Idea of a Creme Brule, unfortunately when it was done we realized we ran out of the gas in the burner. But we didn`t wanna throw away everything and than thought that probably a lot of people don`t have the equipment to burn the top at home and figured out a way of making it without. Of course this is not the traditional way and it lokks a bit different but cooking is about being creative and making the best out of what you have. So we simply caramelized the sugar in a pan with some coconut flakes, and than put the crumps on top. Because let`s be honest even if it does not crack you still need some crunch on top 🙂

Firstly heat up a little bit of the cream and mix in the matcha to create a paste. If you don’t do this you will have lumps of matcha throughout your mix. Slowly mix in the remaining cream followed by the rest of the ingredients.

bake at 120° until just set. It schoud wobble lightly, sort of resembling jello!